From NetherilKnowledgebase
Jump to: navigation, search

There are various factions throughout the world, the most immediate are referenced here.

Each of these three DM factions can be used at character creation as a background to help with your character's stories plus the overall server story and the players connection to the server. 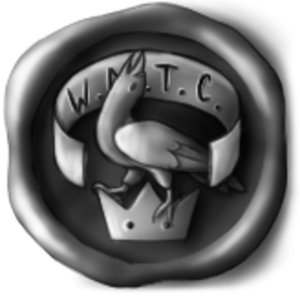 The West Netheril Trading Company is a conglomeration of various Netheril merchant groups who united following the official independence of Conch being announced and the sudden shifting of legal, and social, opportunities. Seeking to monopolize on the power instability following the revolution, they entered into dialogue early with the leading figures of Conch's new government and arranged an exclusive agreement for trade in the Conch region.

Seeking to act as a middle-man between Conch and many of the external Netherese commercial sectors, the West Netheril Trading Company experienced a spectacular and cyclical rise and fall in luck and wealth throughout its history in Conch due to fractious relations with other factions within the city. In-spite of some prior dabbling in diplomatic and political matters, the trading company has in recent years attempted to foster the image of a trading house, detached from matters outside of the commercial sphere.

The West Netheril Trading Company has brought with its exploits a great amount of wealth to Conch, not only in the commodities it can draw in externally but also in its frequent use of sellswords. The hiring of mercenaries serves a multitude of purposes with the prime two being the location and exploitation of new trade commodities and routes by which to transport them, as well the role of escorts for shipments; both those by land and river.

Nebular, the University of the Arcane Arts[edit] 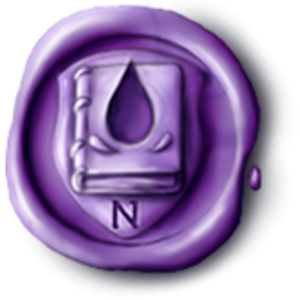 The origins of Nebular began in Hadrian over a century ago as a joint project between a sorcerer Sherina Tsirak Master Arcanist Cashand Joriin, both from Hadrian. Unfortunately their ambition of a school where sorcerers and wizards could study together roughly as equals was an idea well ahead of the times, and the Arcanist Guild and other Netherese institutions refused to support it. Even beginning construction in Conch rather than Hadrian could not appease the Guild so the two abandoned the project. But the later loss of the Valstiir Enclave abruptly changed the cultural status quo.

The disaster that befell Valstiir reduced the prestige of the wizardly class and the populace of Conch became suspicious of unfettered magical experimentation and research. Some of this thinking also filtered into the spellcasting community and some senior magicians decided to complete the construction of the university. Wizards and sorcerers alike pooled their resources and influence for the project. They were granted a charter from the city of Conch to educate citizens with magical potential in a responsible manner, research subjects of a magical nature safely and openly, and provide expertise on arcane matters when hired or requested. A key part of the University mission statement was to never seek power for its own sake and to apply their collective knowledge in constructive rather than destructive ways. Bards have recently started being accepted as students. 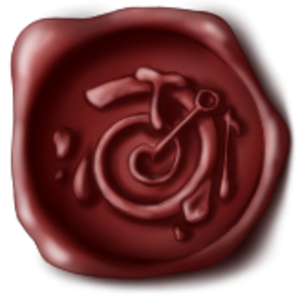 One of the main criminal gangs lurking in Conch's Slums district, Diiri's Boys is a collection of neirdowells under the banner of a crazed Derro, a man by the name of Grymtol. They do not function like others would- the group is practically ritualistic in their dealings. Whether from the various killings to the simple sale of a Soulgem, each step taken must follow exact specifications, sometimes bordering on the inane. Yet under the guidance of Grymtol, the group has flourished into a full-blown gang. Their grip fiercely tight upon their recipe to make Soulgems, their earnings have solidified them as a force to be reckoned with. Those that earn their place within this prestigious group are the most cruel, foul, and vile cutthroats. They are completely loyal to Grymtol and their cause and have cornered the markets on drugs and other illegal goods.

Diiri’s Boys has a fully structured hierarchy. Underneath Grymtol are his Three Eternals- the true leaders of the gang. They keep it functioning and bring in all the various profits, running plentiful amounts of business with those in the market for under-the-table goods. Each Eternal keeps their own Scar, their errand boys, handpicked from the basic followers named the Rabble.

General information about groups that could influence the region

Attached to the Conch Court House is a small group of militia/guards that aid in the enforcement of the laws of Conch, as set down by the Council, Judges and the local Districts. They may be asked to investigate and detail criminals for trial at the Court House.

A group of arcanists that were formed at the order of a past Mayor of Hadrian to watch over both the town and the ground-based Mythallar that protects the city.

Once a corrupt and shady guild of Hadrian, it has reinvented itself as an honest union protect the workers of Southbank and Hadrian. Rumours of corruption still linger but they continue to work constructively with the Southbank Overseer.

A dwarven mining company that for many decades has had an office in and a strong link to the town of Hadrian. SOTC has been at the forefront of the reclamation of the Giantsbane Hold and its Temple of Moradin, working hard to restore and preserve a dwarven presence in the region.

The Keepers of the First Tree[edit]

A druid grove that is located on an island in the middle of the lower Netheril River. There are rumours of a large tree that is said to grow on the island, supposedly the very first tree to grow its roots into the soil of this region.

An elven group that has protected the town of Nuall'an and helped it to grow, watching from the edge of their homeland of the Eastern Forest. Of late they have pushed right to the edge of the forest limits to create an outpost that crosses the lower Netheril River.

After a disaster befell the old trading port, those that called the port home rebuilt the town and used the resources of its new ash mine to provide the building blocks and trade to restore the trading port to its former glory.

Located in the old Adventurer's Guild building in Hadrian, this group helped to reclaim the fallen Floating Palace and turn it into a bridge connecting Hadrian with Southbank and once connected to Hadrian the group rebuild Southbank adding in the Arena that can be seen for miles around.

Not all gangs are represented in game ...